As a child I never knew what I wanted to become. Since my career as an animal saver for Greenpeace never took off, I changed schools and discovered the visual arts. It truly became a renaissance with the introduction of the iMac and OS X. It really gave my design skills another boost, just about the time digital photography became a ’thing’. Saving those gorgeous pictures to .. a floppy disk. Yep, my first digital camera I used was the Sony Mavica.

Since then, a true revolution has happened in cameras. Tiny phone cameras went from being dark unusable heaps of blurry pixels to quality producing images suitable for printing. But not just consumer technology improved, the 35mm DSLR went from a tool trying to equate the quality of film, to exceeding it in details and low noise levels. However, the higher we went, the slower the innovation happened. Large Format cameras are still shot on film each day, still giving digital a run for their money in the ‘megapixel race’. But right in between is the Medium Format.

Most of medium format camera’s are mostly unchanged since the 80’s. Digital backs where available, but those got stuck in the controlled environment of a studio, since the ISO sensitivity made it so that anything over ISO 400 gets so noisy that it was basically useless.

But then too, a revolution happened. The 50 megapixel Sony sensor. Used by Hasselblad, Mamiya and Phase One, it’s the first medium format that has the qualities of most premium DSLR sensors, including the stunning low-light performance we’ve gotten to expect from the kings of low-light like the Nikon Df and D4S.

Does it hold up? Absolutely! Images are not only crisp and sharp, they also have the great medium-format depth I have come to love from using MF systems. The body is as rugged as a beast this size can be. Easy handling, logic button placement, a luxurious viewfinder, weather proofed and sturdy beyond what I dared to test it with.

For two months my D800 gathered dust, while I dragged the 645Z to the Scottish highlands, on a wedding, and even to a party to shoot DIGITALISM.

Even when I lost my balance exploring in Scotland and slid down a hill of mud, not a single scratch was to be found on the camera. Just a bit of cleaning and all done. Snow, freezing cold, rain? No problem at all.

After a few days, it felt like the logical extension of my mind, attached to my arm, to capture the images in my mind. Armed with the 55mm 2.8 lens, it was a dream combo that made me get the shots I was dreaming of.

For a Medium Format it’s speedy and logical and helps you create great looking pictures. What more can you ask for? It’s obvious that the future of Medium Format lies in Pentax’s hands, and I can’t wait to see what’s next.

Check out more images taken by the Pentax 645Z here.

This review contains spoilers for the original 1991 animated classic, and shared storylines of the 2017 remake. It really doesn’t...

<p style="margin-left:0px; margin-right:0px">Fargo is one of those series that grabs your attention from the first minutes of the series, all the way until you pop in the final disk and watch the chilling conclusion to this epic tale</p>

As a Disney geek, seeing anything Disneyland on the big screen is just great. For me that magic Kingdom still... 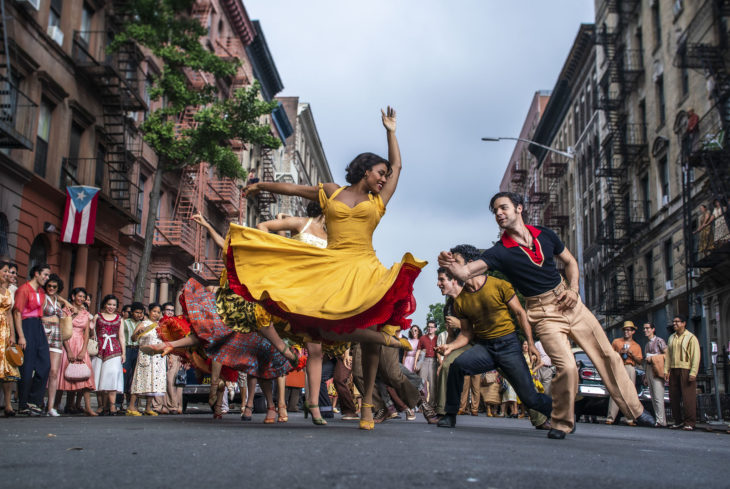 Without hesitation I can say that the Thor series isn’t anywhere near the top of my favourite Marvel films. Don’t...

<p>We went out looking for love in a place you wouldn't expect it: a zoo! </p>